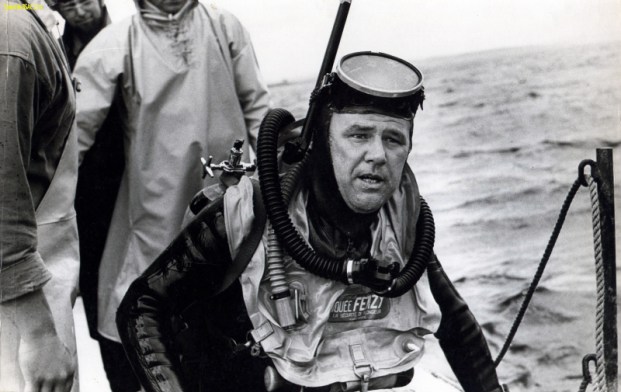 Bill Smith was the Branch Diving Officer of Tyneside 114 back in the late 1960s, and was the inspiration for the club’s subsequent involvement with Gun Rocks.  He lead the first project to investigate and map the cannon in 1970, was the author of the first report on the site, and was immensely proud of being the ‘Salvor in Possession’ of the Gun Rocks wreck.

Sadly, Bill died in 2016.  On a sunny July afternoon, and with Bill’s family watching, members of Tyneside 114 were honoured to take Bill on his final dive and scatter his ashes amongst his beloved cannon.

For more information about Bill, the inspiration behind Gun Rocks and a short video showing divers releasing his ashes on to Gun Rocks, please visit the Tyneside 114 website.