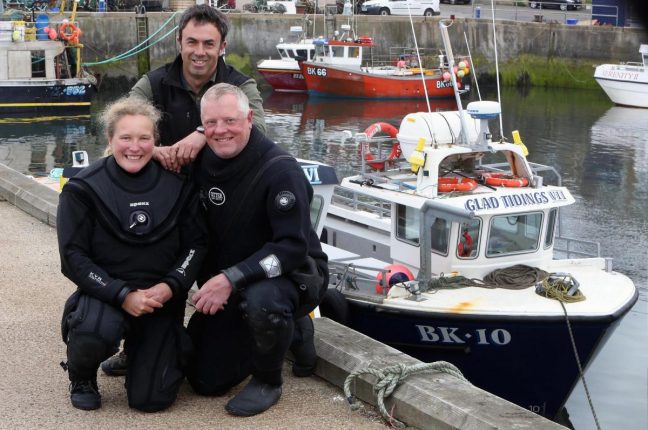 Wow, what a few days it has been, the Gun Rocks Project has been featured in the local press with the Chronicle, Northern Echo and the Journal picking up on the story written by Deb, at Ceidiog Publicity, on behalf of BSAC. The story came about because BSAC are hoping to promote the use of hard boats by divers, under a campaign called Save Our Skippers (SOS). As we have used William Shiel’s boat Glad Tidings VII (skippered by Michael Craig) to access the site on numerous occasions, we thought it would be good to do some publicity, for this worthy cause. (Please note, other hard boats do exist as do other ports of departure!).  If clubs and individuals don’t organise trips and use hard boats for diving, then they will cease to operate and that would be a shame.

If you missed the articles, then do click below:

In other news, the dive trail maps have been completed and have been sent to the printers. All we have to do now is identify the wreck! 🙂