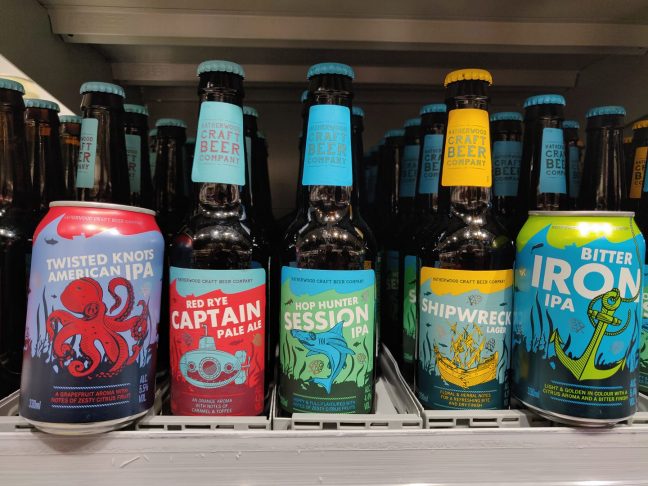 Yesterday, today and tomorrow we had planned to go and dive on Gun Rocks, to sort out the trail, cut back the kelp and possibly add in a new section of rope. But alas, the weather gods have not been fair to us. Due to the works on the pier at Seahouses, the rhib has to be launched at Beadnell, off the beach by tractor. But when the forecast is for a 1.5 – 2m swell, this option becomes a little less favourable.

So it is with a heavy heart that we had to cancel the weekend of diving. Instead the days have been spent updating this and the Tyneside BSAC 114 website as well as catching up on other admin tasks.

Ken Crow from NORFED has been in touch and has provided us with some footage from the 1970s, with Peter Lumley diving Gun Rocks. Apparently the uploaded clip is only a short section of a longer movie, put together by members of Bradford BSAC. The clip can be found on the media page. Ken is going to contact Bradford BSAC on hour behalf, to inquire about the longer film.

The ongoing hope is that we can get out and do some metal detecting on the cannon site, before the season ends. Fingers crossed!